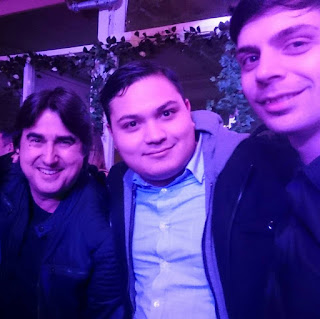 Vito Doria is a sport writer, podcast contributor, and blogger from Australia. Residing in the northern suburbs of Melbourne, Victoria, he is of Italian and Filipino ancestry and often writes about things that he is most passionate about.

After graduating from RMIT University in 2011 with a Bachelor of Civil Engineering, searching for work in that field was not fruitful but it was a blessing in disguise because he realised that his real passion is for sport, media, and writing.

His passion for writing comes from his fascination with sport but also his desire to discuss topics that are not discussed in depth by numerous sports fans and journalists.

Although he can be opinionated, he prides himself in providing evidence as well as honesty. His belief is that modern sport journalism can be filled with too much sensationalism and controversy instead of proper fact-checking and well-structured arguments.

Doria graduated from La Trobe University with a Bachelor of Journalism (Sport) degree in 2016 but has kept this blog running since 2012 to voice his thoughts.

This multi-themed blog is updated at least once a week and he talks about some of his greatest passions, the two football codes of soccer and Australian Rules football.

Any feedback is most appreciated and please share the blog posts.