Buckley and Collingwood Have No Alibis 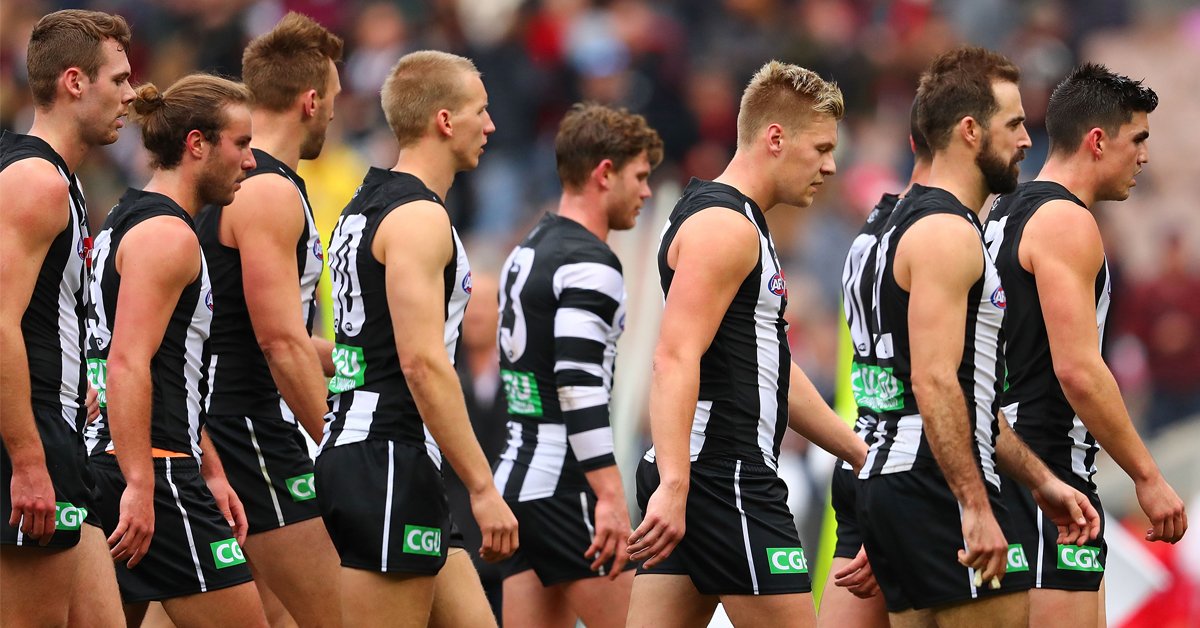 Excuses are wearing thin for Nathan Buckley and his Collingwood side and surely his tenure as Magpies coach will come to an end once the 2017 AFL season has concluded.

The Magpies were defeated by Essendon by 37 points on Saturday afternoon and they were languishing in 15th place at the end of the day with five wins and 10 losses. To make things worse, traditional rival Carlton could leap above them with a victory against Melbourne today.

This is Buckley’s sixth season as Collingwood coach and results have regressed since he replaced Mick Malthouse in the role.

In Buckley’s first season as coach in 2012, the Magpies reached the preliminary final, and then they were eliminated by Port Adelaide in the first week of finals the following season. Since then, Collingwood has finished 11th, 12th, and 12th again on the ladder.

If it was another coach, he would have been sacked by now for such regressive results but ‘Bucks’ has often been given the benefit of the doubt. Pies president Eddie McGuire has been a staunch supporter of the under fire coach and has gave him ample opportunities to build the team he wants.

Unfortunately the list that was created by Malthouse has been painstakingly dismantled since Buckley has taken over and players who starred when Collingwood won the 2010 AFL premiership have been traded to other clubs.

Dayne Beams, Heath Shaw, and Sharrod Wellingham were traded to Brisbane, Greater Western Sydney, and West Coast respectively and Dale Thomas was allowed to leave as a restricted free agent.

In addition to those players, the likes of Harry O’Brien (or Heritier Lumumba), Travis Cloke and Chris Dawes were allowed to leave the Magpies. Although those footballers thrived under Malthouse, their form had clearly declined once Buckley became senior coach.

Although his interviews in the media may not clearly suggest this, it seems that ‘Bucks’ is keen to rid the team of any remnants of the Malthouse era and create his own list as well as style of play and it has evidently backfired.

Recruiting James Aish, Daniel Wells, Chris Mayne, Levi Greenwood, Travis Varcoe, and Jesse White has been beneficial for neither Collingwood nor those players and there are no clear signs of a positive turnaround.

Former Sydney and Melbourne coach Paul Roos criticised the Magpies for poor list management but surely ‘Bucks’ should also shoulder the responsibility for the choices in playing personnel as well as the way he coaches the players.

The results have shown that this Collingwood side is not going forward and Buckley is in the final year of his contract. Playing in the finals is out of reach for the Magpies and there is no clear reason to keep him at the club beyond 2017.

If the 44-year-old miraculously earns another contract, it is only because McGuire is a massive admirer of his and has continuously defended in him in the media.